It’s Fall here on the East Coast and you know what that means theatre peeps – theatre season! Get ready for this blog to explode with so much content you’ll find it difficult to keep up!

Next week, I start visiting products during their Tech Week to talk with directors, cast and crew, get some great pictures and watch the show so I can deliver a review in time for opening night!

So, stay tuned for these article sand much more!

True Repertory Theatre Company is holding auditions on Sunday, August 4th at 6pm for understudies for its 2019-2020 Season. We are seeking men and women age 20+ to be understudies for the following shows:

****AN AUDITION SLOT IS REQUIRED****
To schedule your slot, please message us at one of the following:

True Repertory Theatre Company is holding auditions on Sunday, August 4th at 6pm for the musical “Is There Life After High School” We are seeking men and women age 20+ to join our Musical Theatre Company

“Is There Life After High School” (Musical)
Rehearsals begin October 23rd
Performances are November 29, 30 and December 1

We will also be producing musical reviews and concert versions of musicals at The Adams Center in Kingston. These projects will take place throughout our 2019-2020 Season and dates are TBD.

Requirements:
Headshot and Resume
1 song of your choice ACAPELLA

****AN AUDITION SLOT IS REQUIRED****
To schedule your slot, please message us at one of the following:

“Other Desert Cities” is a play written by Jon Robin Baitz. The play was a finalist for the 2012 Pulitzer Prize for Drama. Phil Markella, the director, said he saw the play done a few years ago and loved it so he decided to direct it for the Bay Players (of which he is also the President).

Polly and Lyman Wyeth are former Hollywood elite and staunch Republicans. Their daughter Brooke is a writer who resides in New York but has returned to Palm Springs, California for Christmas. Previously, Brooke had suffered a clinical depression which resulted in her being hospitalized. Their son Trip is the creator of a reality show called “Jury of Your Peers” where the jurors are D-list celebrities. Then there is Polly’s sister Silda, an alcoholic fresh from rehab who has moved in with Polly and Lyman.

The family has had to deal with the loss of Henry, son/brother, who had been implicated in a bombing as part of his involvement with a radical underground subculture in Venice and then committed suicide. Brooke announces that her new book is a memoir of the family and also deals with the loss of brother Henry and the surrounding circumstances. As you can imagine, the family is not very happy with this. In fact, Polly and Lyman are downright disturbed at the content of Brooke’s new book and would like nothing more than to see her burn it or, at the very least, wait until they are dead to publish it. From there we watch as each one of the family members struggles through the reality that their lives will become public knowledge.

Allison Markella is a strong presence as the family’s matriarch as she fights to maintain control of the situation as well as her daughter. Allison never falters in her portrayal of the unapologetically “tough” mother.

Eric Joseph gives a touching performance as Lyman Wyeth, a father who struggles to understand his daughter and cope with his fear of her becoming emotionally unstable again (and he has been keeping a secret).

Jeff Ruel plays the younger brother, Trip, who has had to live in Henry’s shadow since he was 5 years old. Ruel does a wonderful job playing the voice of reason but is also very funny when delivering some sarcastic wittiness throughout the show. 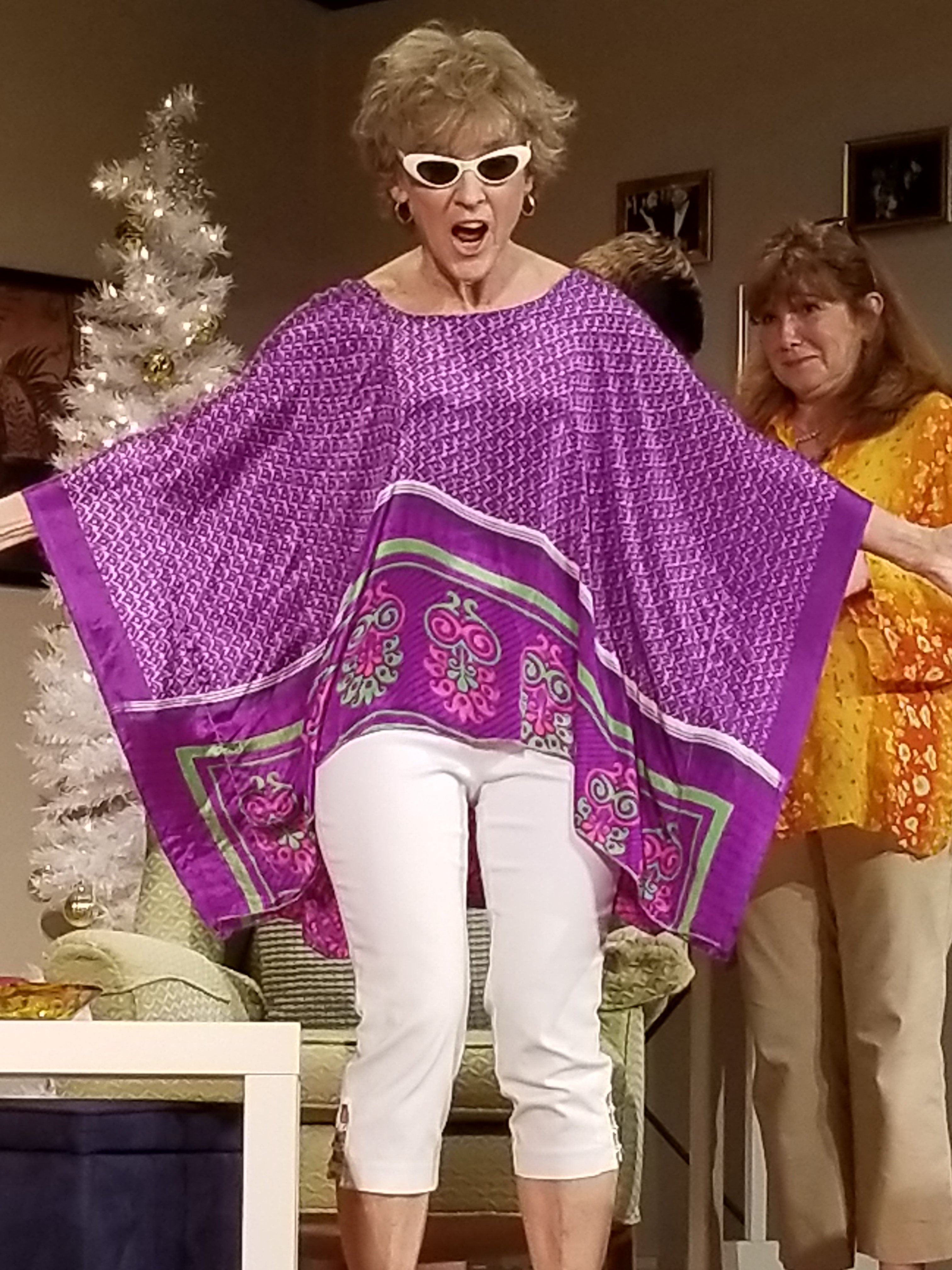 Sharon Evans is an absolute delight as Silda, the rehabbed alcoholic and formerly estranged sister to Polly Lyman. 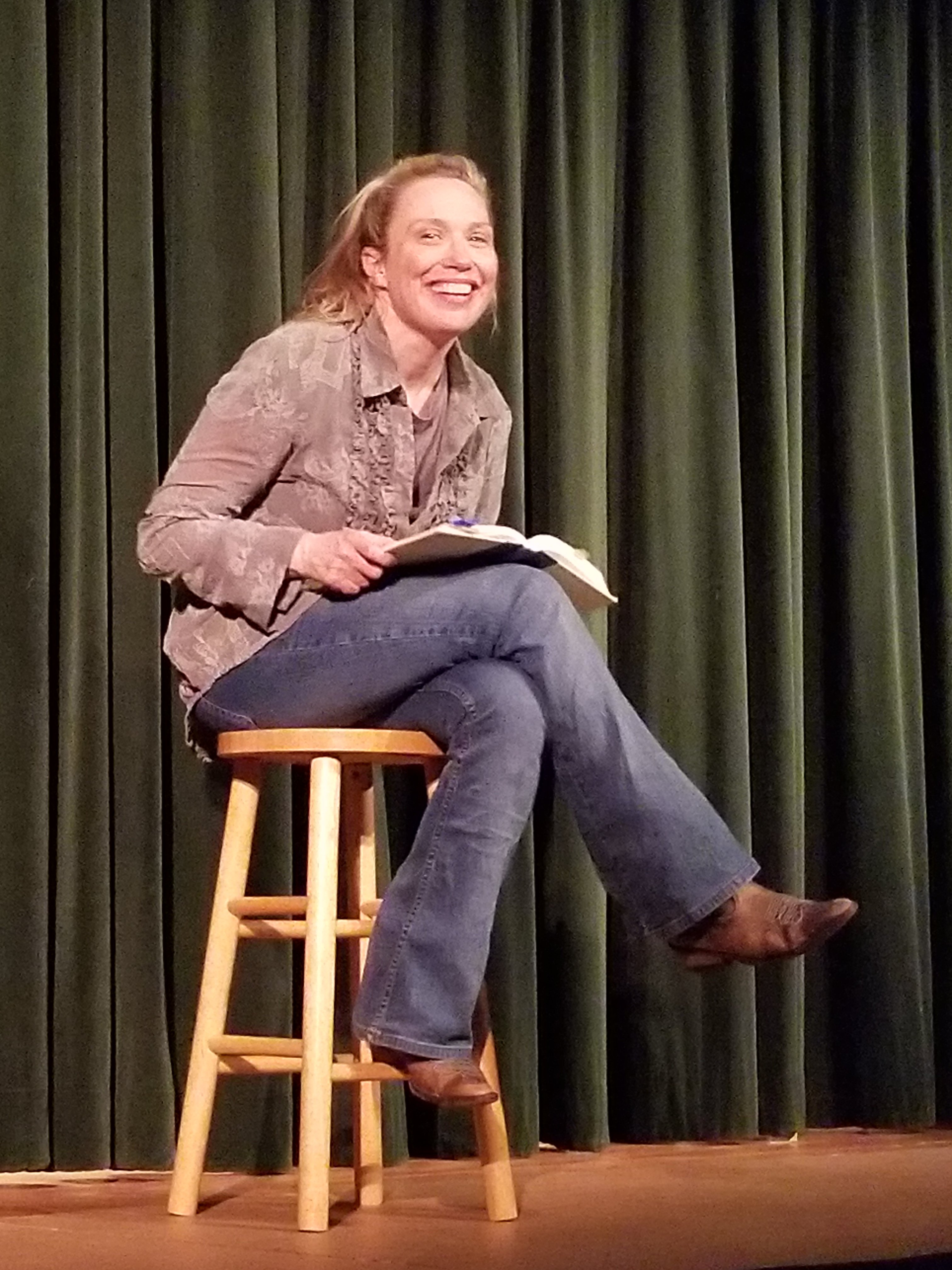 Sims McCormack shines as Brooke, the daughter struggling for understanding while coming to terms with her family’s heartbreak and frustration over her divorce, depression and ultimate hospitalization.

“Other Desert Cities” is a great show about a relatable family dealing with some relatable issues – realistically. Though these issues may be serious, do not let that keep you from seeing this show as there are many enjoyable moments including a little surprise at the end.

“Other Desert Cities” plays for one more weekend At the First Parish Church, 842 Tremont Street, in Duxbury on Saturday May 18th at 8pm and Saturday May 19th at 3pm. Tickets can be purchased at the door or through Brown Paper Tickets (link through Facebook Page or website below).

Welcome to #theatrelife! The everything theatre blog in Massachusetts. As an actress, producer and director of theatre here in Massachusetts for 25 years, I realize that local theatres here do not get enough of the kinds of exposure they need to thrive and bring in audiences. So, this blog will be sharing things like reviews of local productions, articles/interviews with theatre professionals, stuff from around the web, and hopefully, reader contributions.

First up, my review of The Bay Players of Duxbury’s production of “Other Desert Cities” written by Jon Robin Baitz and directed by Phil Markella!

Got a show opening and want me to come and review? Connect with me through “Contact” below.